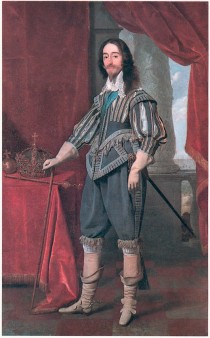 Three hundred and sixty years ago today the English Puritans dared to murder their anointed King. Kings had of course been killed before, but never so openly and never with the claim of "legality."

The American Society of King Charles the Martyr will hold its annual mass and meeting tomorrow at S. Stephen's Church in Providence, Rhode Island. The British SKCM of course commemorates the anniversary annually as well.

In this excerpt from Cromwell, Alec Guinness movingly portrays the King's final moments.

On the 131st anniversary (1780), as Americans were engaged in another rebellion against another King, the heroic loyalist Rev. Charles Inglis, rector of Trinity Wall Street, preached this sermon on "The Duty of Honouring the King." Other materials related to King Charles the Martyr can be found here.

Remember!
Posted by Theodore Harvey at 8:52 AM 3 comments:

The occasional scandalous headlines give an incomplete picture of Prince Harry (who recently split up with girlfriend Chelsy Davy), writes Andrew Pierce.
Posted by Theodore Harvey at 11:00 PM No comments:

Liberal Democrat MP Evan Harris, known as an advocate of euthanasia and late-term abortions, is nevertheless so outraged by the Act of Settlement's "discrimination" against Catholics that he is sponsoring yet another proposal to amend Britain's royal succession law to end the prohibition on monarchs marrying Roman Catholics, as well as eliminate the traditional preference for sons. Actual Roman Catholic blogger Damian Thompson is not impressed.
Posted by Theodore Harvey at 10:46 PM 1 comment: 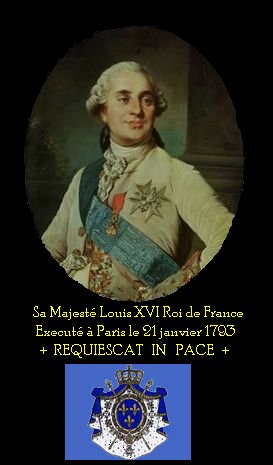 Posted by Theodore Harvey at 12:04 AM No comments:

The soldier referred to as a "Paki" by Prince Harry in the notorious video has indicated that he is not offended and has no hard feelings. Hopefully this will be the end of it.
Posted by Theodore Harvey at 10:32 AM 1 comment:

Prince Harry has apologized after the News of the World publicized an old private army video in which he referred to a colleague, apparently affectionately, as a "Paki." Once again the jovial prince has run afoul of Britain's relentless (and humorless) PC police. I wish for once someone (though not a member of the royal family) caught in this kind of pseudo-controversy, so frequent today, would refuse to apologize and tell these people exactly what they can do with their outrage. I'm sure lots of language gets used in the military that's less than edifying; why make such a fuss over it? Good grief.

This would seem like a good time to post the link to my article on the somewhat similar swastika row four years ago; I don't have much to add to what I wrote then, except that this time the "incident" is even more innocuous and the reaction even more ridiculous.
Posted by Theodore Harvey at 10:22 PM 2 comments:

As if the House of Savoy had not already done enough to make Italian monarchists uncomfortable, Prince Emanuele Filiberto, who by his own admission does not know how to dance, will be appearing as the latest celebrity contestant on Italy's version of "Dancing with the Stars."
Posted by Theodore Harvey at 12:15 PM 1 comment: