In Defense of Monarchy 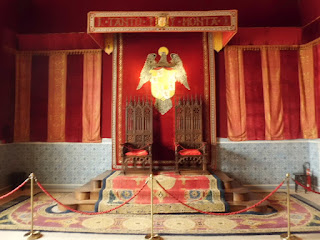 Recently several of my monarchist friends on Facebook have been sharing an intriguing and worthwhile article "In Defense of Monarchy" from a website with which I had not previously been familiar, Riding the Tiger.  My only caveat would be that I think the writer is too hard on twentieth-century royalty, most of whom were far from "spineless," though some of them made poor decisions.  For example, Greece's King Constantine stood up to the politicians and the eventual result was the fall of the monarchy.  It would seem that in modern times royalty are damned if they do and damned if they don't.  But it's always reassuring to see that more and more people are questioning the myth of republican "Progress."
Posted by Theodore Harvey at 11:18 AM No comments:

I was momentarily disappointed when cleaning up links on my website to discover that my old link to the video about the choir of St George's Chapel, Windsor Castle didn't work...but it turns out that's only because there's a new one, and it's even better. Check out this inspiring and enviable traditional union of music, royalty, and religion: England at its best, narrated by HRH the Countess of Wessex. Highlights include a chorister who gets to meet the Earl of Wessex on his birthday and a special visit to the school by HM the Queen herself.  I'm not sure how any musical monarchist can watch this video without wishing he had been a chorister at St George's Chapel; I certainly do!


Posted by Theodore Harvey at 4:48 PM No comments: 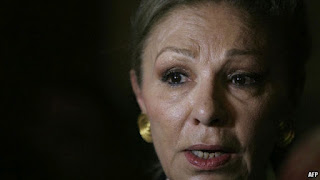 Reaction to a new documentary on the exiled lives of the Shah and his widow since their departure from Iran in 1979 suggests that some, though not yet nearly enough, Iranians are beginning to regret the Revolution.  No reasonable person, even if not a monarchist, can deny that what has replaced the Pahlavi monarchy has been much worse, with none of the positive features of the Shah's regime.  Empress Farah remains an eloquent voice for a humane vision of Iran even as she deals with the heartbreak of having lost two of her four children.
Posted by Theodore Harvey at 2:07 PM No comments:

I have no desire to provide links or comment at length on the latest media-manufactured Prince Harry "scandal."  I will however simply repeat what I wrote on Facebook.  Have any of Prince Harry's pompous media critics risked their lives fighting the Taliban, started a charity to help orphans in Lesotho, and brilliantly represented their country diplomatically throughout the Caribbean to the delight of thousands? No? Well then please shut up now, thanks.  (For further discussion, please see the thread at my forum.)
Posted by Theodore Harvey at 1:58 PM 2 comments:

The Monarchy and the Olympics

Apologies for the recent lack of blog entries (I hope this blog is still getting visitors--it has not been abandoned and hopefully never will be!).  Since returning from the monarchist conference in Chicago I have been busy with musical activities on opposite ends of the North American continent, first the International Baroque Institute at Longy (July 20-28) in Cambridge, Massachusetts (during which I also had time to explore for my first time some of Boston's historic landmarks including the unique Anglican-Unitarian King's Chapel established by James II in 1686 whose loyalist rector the Rev. Henry Caner was forced out in 1776), and currently the Britt Festival (July 31-August 19) in Jacksonville, Oregon.  However I would like to take a moment to share some thoughts on my mixed feelings about the recently concluded London 2012 Olympics as it pertains to the British Monarchy. 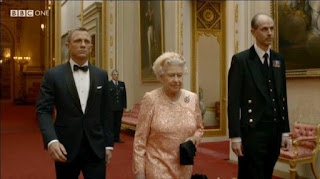 Many, though not all, of my British royalist friends (I don't really have any British republican friends!) have reacted positively to the Olympic Games and the hype surrounding them, particularly the highly visible involvement of the royal family, from the Queen's acting debut with James Bond (Daniel Craig) to the frequent enthusiastic and prominent presence of the Duke & Duchess of Cambridge and Prince Harry at many events.  While I cannot claim to have followed the Olympics closely, I am pleased that my British friends are pleased, and I admire the genuinely remarkable achievements of British athletes such as Tom Daley.

Yet I can't help feeling that for serious monarchists whose monarchism goes beyond liking and admiring the Queen and Royal Family as individuals, something just might be amiss.  My impression from all the commentary (positive and negative) on the London 2012 Olympics I've read, though I don't have time to assemble a comprehensive collection of links, is that there seems to be a growing consensus that this undeniably remarkable Jubilee/Olympic year of 2012 has seen the birth of a new sort of "centrist" (but actually leftist) British Patriotism, one in which the Monarchy and the Union appear popular and victorious (and thus a defeat for republicans and separatists on the Left) but only to the extent that they have been redefined and co-opted so as not to interfere with a broadly leftist and thoroughly modernist concept of what Britain is (and thus also a defeat for cultural traditionalists and critics of immigration and multiculturalism on the Right).  While I'm glad to see anti-monarchists and Scottish 'nationalists' perceived as having been rejected by the overwhelming majority of the British public in favour of the preservation of the United Kingdom, I cannot claim to be entirely comfortable with this New Britishness, especially in light of the way that Britain's distinguished classical and choral music traditions have been almost entirely marginalised in favour of what a traditionalist correspondent of mine acidly but aptly described as "the dreary din of 'Britpop'."

While some right-wing critics of the Olympics may be guilty of hyperbole, it is hard to totally dismiss the sense that we have witnessed a celebration of a sort of vaguely pagan national cult, ceaselessly accompanied by the pounding sounds of pop music, from which Christianity and virtually everything recognisably British that pre-dates the 1960s has been excised--with the notable and arguably curious exception of the Monarchy itself, which the New Britishness suddenly embraces with an enthusiasm that would have surprised the BBC and leftists in general ten years ago.  Is this really something to celebrate?  And given that part of the Queen's strength as a public figure has always been the fact that she is not a "Performer" (when she doesn't feel like smiling, she doesn't, with the result that her consistently genuine smile is all the more captivating when given), is there not a certain risk in turning Her Majesty into an actress as in the now-famous James Bond clip, no matter how brief and enjoyable?  I'm not sure.  I know that the Royal Family have to adapt--they always have.  But how much of this adaptation can those of us who value the monarchy partly because of its resonance with traditional values embrace?
Posted by Theodore Harvey at 7:46 PM 2 comments: