It is morning in Sarajevo on 28 June: the centennial of one of the most catastrophic single events of all time. One hundred years ago, a wicked assassin's bullet snuffed out the lives of the heir to the Austro-Hungarian throne and his wife, and with them the Old Order of European Civilisation, probably forever, as much as present-day monarchists sometimes try against all probability to be optimistic. There have been other pivotal events in world history, but the magnitude of 1914 is unparalleled: until that time, in spite of revolutions in the Americas, France, and more recently Portugal and China, Monarchy remained the dominant form of government on earth; five years later, that was no longer true, and since then the cancer of republicanism has only grown.

The West's internal political controversies of today seem trivial and pointless by comparison. Contemporary European governments, most of them illegitimate republics that ultimately owe their miserable worthless existences to Princip's bullet, will issue their statements and hold their commemorative events. There will probably be blather about "freedom" and "democracy," but it's all balderdash. Europe today is a pathetic shadow of what it once was; all that's left are echoes, remnants, and memories. If Europe is still able to awe and delight both inhabitants and visitors, it is because of the greatness of what was built--physically, culturally, and spiritually--in the centuries before 1914.

RIP Archduke Franz Ferdinand. RIP Duchess Sophie. RIP all the millions of men, many of them teenagers, who died for no good reason. Any analysis that blames one country or one ruler for the war is an oversimplification. But the real Europe was the Europe of kings and emperors, archdukes and duchesses. And that Europe was destroyed one hundred years ago this day, though it would take a few years for that to become clear. The lamps went out all over Europe, and they have not been lit again. 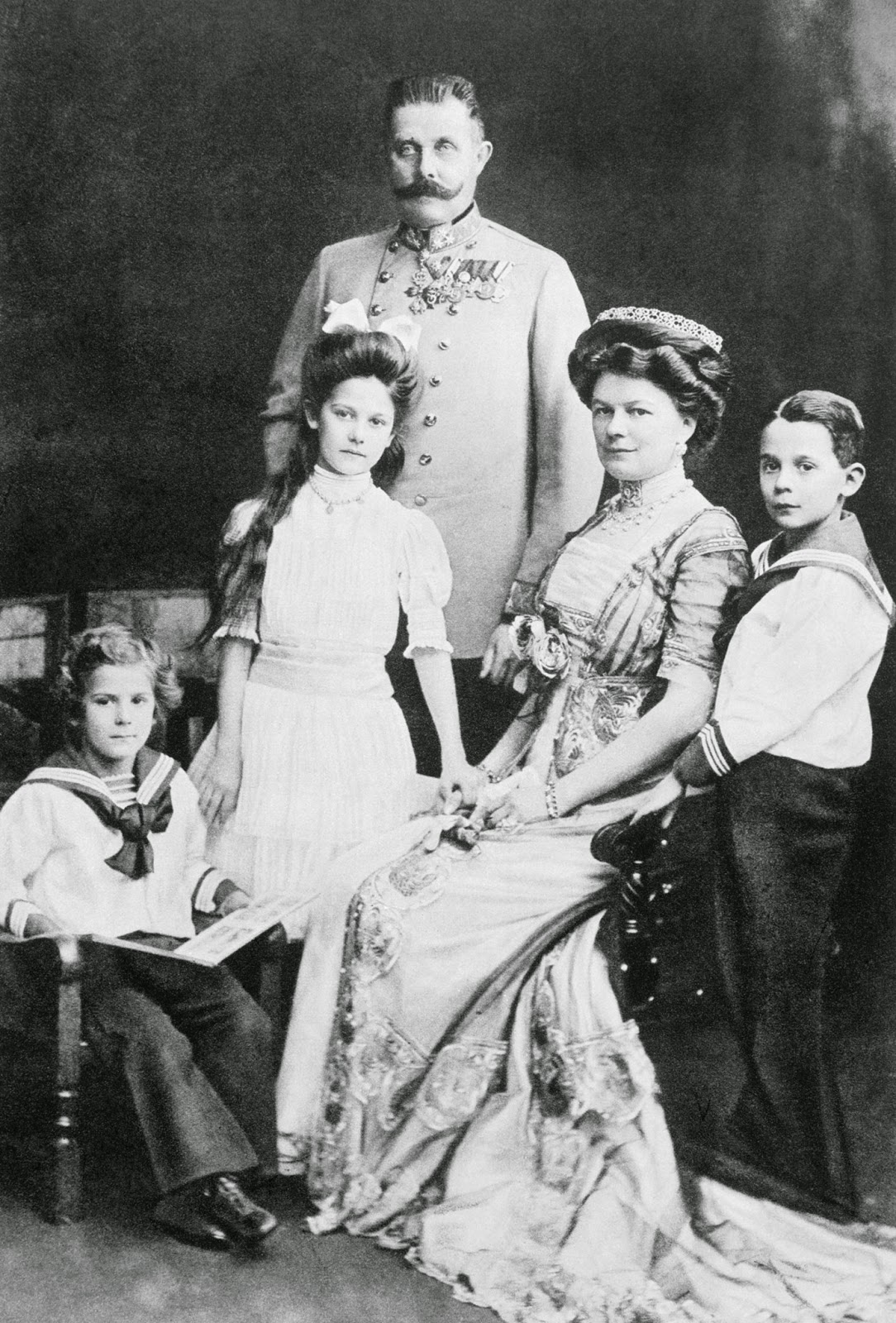 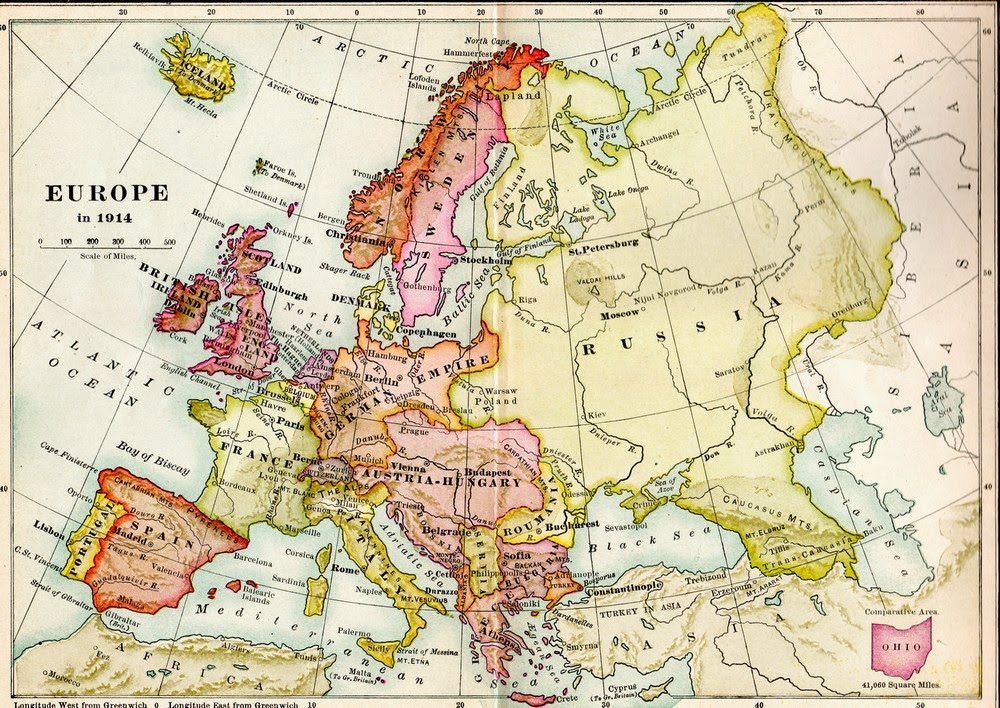 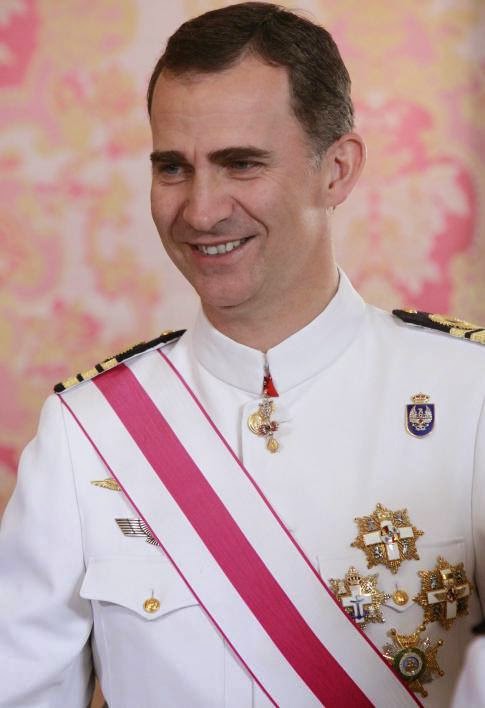 It is now after midnight in Madrid and Spain has a new King. Viva el Rey Felipe VI!

Juan Carlos signed the document of abdication in a ceremony Tuesday evening. The new King will be publicly proclaimed as such in the morning, though celebrations will be modest.

Posted by Theodore Harvey at 5:21 PM No comments:

Should France Go Back to Being a Monarchy?

Oui. Interesting article (try to ignore the disgusting cartoon and comments), but if the Regicide of 1793, undeniably one of the most horrible acts in History, was truly a "point of no return," how was it that France had various monarchies for two thirds of the following century? Also it's rather unfair to deride the "candidates" of the House of Bourbon as "lame"; for more than a century they haven't been given a chance! France needs a King, not a president. Vive le Roi.

Defenders of modern Democracy as the best of all possible governments often promote the "Democratic Peace Theory": the proposition that democratic countries rarely or never go to war with each other and this proves democracy's superiority to other forms of government including traditional monarchies. There are many possible objections to this theory (including examples suggesting that it is simply untrue) made by its critics, who are not necessarily monarchists, but I thought of one in particular I'd like to set forth here.

Even if it is true that wars between democracies are rare, it is even more clearly true that since 1945, for 69 years, there have not been any wars between monarchies either, with the ranks of the world's remaining monarchies including both democratic and non-democratic countries. (I think we can discount the surreal 1947 episode in which India and Pakistan briefly went to war with each other while George VI was still technically King of both, a situation both countries quickly dispensed with.) And it is only since 1945 that Democracy as commonly understood today (which tends to exclude countries like the pre-1914 German and Austro-Hungarian Empires where democratic institutions coexisted with monarchs who retained significant powers) has been the norm in Western Europe. It did not become the norm in Eastern Europe until after 1989, and is still not the norm in much of Asia and Africa.

So before 1945, there simply weren't that many democracies around in the Eastern Hemisphere to potentially go to war with each other, and since 1945, monarchies have not gone to war with each other either, suggesting that we in the West have been enjoying an atypical epoch of relative peace (as, for the most part, did Europeans between 1815 and 1914) which cannot be credited to democracy per se. In fact, most wars since 1918, including World War II, can be blamed on the abolition of monarchies. The major wars that have occurred since 1945 have tended to be either civil wars with outside involvement (Korea, Vietnam), or broad coalitions (which have included both monarchies and republics) against a single dictator such as Saddam Hussein, or whatever the "War on Terror" is. "Traditional" wars of countries A, B, & C against countries X, Y, & Z have been rare since 1945, regardless of forms of government. Therefore it is fallacious to compare the many wars involving monarchies before 1945 with the absence of wars between democracies in the only era where democracies have been plentiful, without mentioning that monarchies during this time have been relatively pacific as well.
Posted by Theodore Harvey at 6:50 PM No comments:

I finally had a chance to watch yesterday's magnificent State Opening of Parliament and Queen's Speech starring the peerless Queen Elizabeth II, wistfully wishing the United Kingdom were my country. Perhaps the page boy who fainted is a staunch supporter of the restoration of the Iranian monarchy and was therefore horrified by the idea of a nuclear agreement with [the Islamic Republic of] Iran. 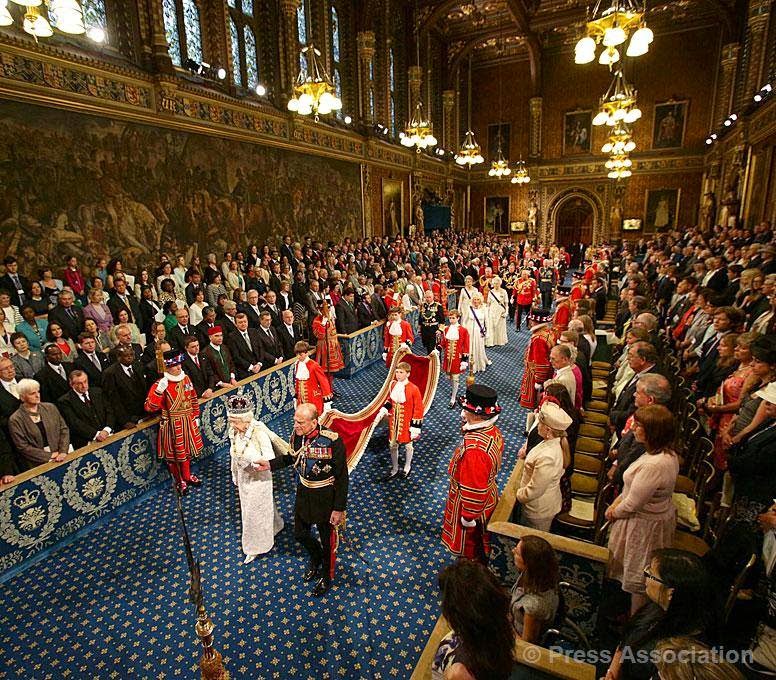 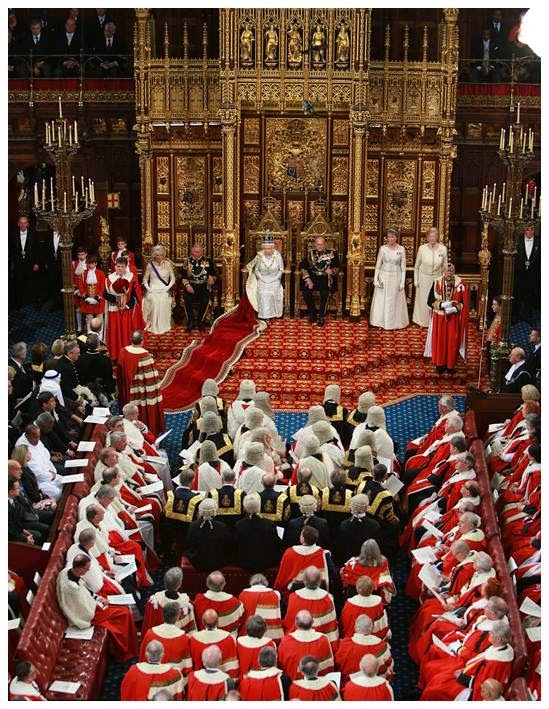 Why do people laugh at the traitor Dennis Skinner's so-called "jokes" every year? He's not funny.

Posted by Theodore Harvey at 8:57 PM No comments:

I woke up this morning to texts, messages, articles, and e-mails announcing that HM King Juan Carlos of Spain will be abdicating. This continues the odd pattern by which Spain has not had a "normal" (king dies and is immediately succeeded by his son) succession since 1788. In light of recent difficulties, HM's decision is not entirely surprising and may very well be in the best interests of the Spanish monarchy of which he has been for the most part a successful and popular steward. HRH Felipe, Prince of Asturias, is untainted by any controversy and by all reports should make an excellent King. Viva el Rey!

Here is an excellent selection of pictures (including the above three-generation photo) from the Telegraph.

It's...interesting, seeing the Spanish and EU flags side by side. One is beautiful, organic, steeped in tradition and history, evoking a world of chivalry. The other is ugly, artificial, modern, incapable of evoking anything other than the pedestrian plans of politicians, bureaucrats, and committees.

Not only has there not been a "normal" succession in Spain since 1788 (Carlos III/Carlos IV), but when King Juan Carlos formally hands over the thrown to Prince Felipe, it will be the first time one Spanish monarch has immediately succeeded another since 1833 (which was far from uncontroversial due to Isabel II's gender), and the first time one king has followed another in less than a year since 1885/86. This transition and the reception of the new King will be an important test of the resilience of the Spanish monarchy.

It's perhaps worth noting that at 76 King Juan Carlos is already older than any Spanish monarch in history. Only two Spanish monarchs since unification (1492) have reached their 70th birthdays while still on the throne: Felipe II (1527-1598) and Carlos III (1716-1788). And among those who abdicated, none except for Napoleon's brother Joseph Bonaparte (if you count him at all) made it to 76.

I've had it with internet "monarchists" who refuse to recognise King Juan Carlos (and soon, presumably, Felipe VI). What exactly do they think they're accomplishing? Genealogically, Juan Carlos IS the Carlist King of Spain (the original Carlist line died out in 1936, leaving the exiled Alfonso XIII as the senior living Bourbon) and his legitimacy has been unquestionable since his father's renunciation in 1977. There is no alternative. Viva el Rey!
Posted by Theodore Harvey at 9:42 AM No comments: