The Atlantic on Europe's non-reigning royals 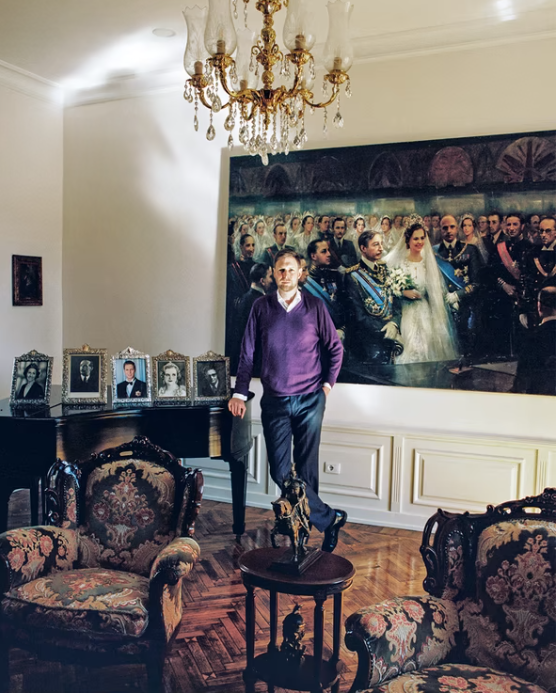 I have mixed feelings about The Atlantic's new article on Europe's non-reigning royalty, focusing on Prince Leka of Albania and Archduke Karl of Austria, but it's worth reading. I for one will never give up on the dream of Restoration.
Posted by Theodore Harvey at 3:59 PM No comments:

Finally surrendering to its famously ubiquitous advertising, I saw Shen Yun on Saturday afternoon. I knew that the Chinese Communist regime is against them, and vice versa, and that was enough for me to be, at the very least, curious. I loved it. The dancing was some of the most spectacular I've ever seen, and an instrumental erhu soloist was impressive too. An animated electronic backdrop makes it look as if dancers are moving in between the real stage and the fantastical worlds and eras depicted on the screen. I've seen live theater and I've seen animated movies, but I've never seen them put together quite like that. Everything is beautiful and colorful, except for when evil communist characters (quite rightly depicted as dark and sinister) appear.

Most of all I found it wonderfully refreshing to see a production that unlike too many contemporary Western opera, ballet, or theater productions was not trying to "deconstruct" or "update" anything, simply an unapologetically lavish, beautiful, and proud celebration of an ancient traditional homogenous and monarchical culture: "China Before Communism." (Why can't we have more shows that do that with European culture?) While I don't necessarily agree with all of the Falun Gong (I learned that its adherents apparently prefer the name "Falun Dafa") movement's ideas, I certainly do agree with its anti-communist ones. My only criticism would be that, accustomed to ballets in which the plot is explained in detail in the program, I wasn't always sure exactly what was being pantomimed in a few of the numbers. But everything is so gorgeous to look at, with so much elegant athleticism, that that didn’t matter much. If you've ever wondered what all that advertising is about, I highly recommend Shen Yun. 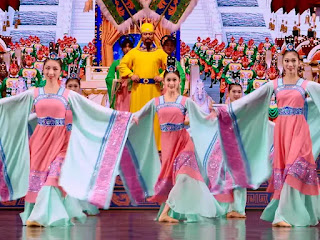 Posted by Theodore Harvey at 7:09 PM No comments:

As France for some reason prepares for yet another presidential election, let's remember what the only real choice is. (I don't take Bonapartism very seriously, but I have a few monarchist friends who lean that way, and I do respect Prince Jean-Christophe and his genealogically splendid marriage.)

This would be a fantastic graphic if only the numbers were correct. But it is inconsistent to count Louis XIX (1775-1844) (who might have nominally reigned for a few minutes in 1830 and was the senior Bourbon from 1836) and Louis XVII (1785-1795) (who never reigned at all but thanks to the subsequent restoration of his uncle Louis XVIII is universally counted) but not the de jure monarchs of the Orléans and Bonaparte lines. Jean should be Jean IV, in honour of his great-grandfather Jean Duke of Guise (1874-1940), who would have been "Jean III" from 1926. Meanwhile Napoleon would be Napoleon VII. ["Napoleon IV" was the Prince Imperial (1856-1879), followed by "Napoleon V" Victor (1862-1926), followed by the present pretender's grandfather "Napoleon VI" Louis (1914-1997).] I wish I knew how to do things like that. 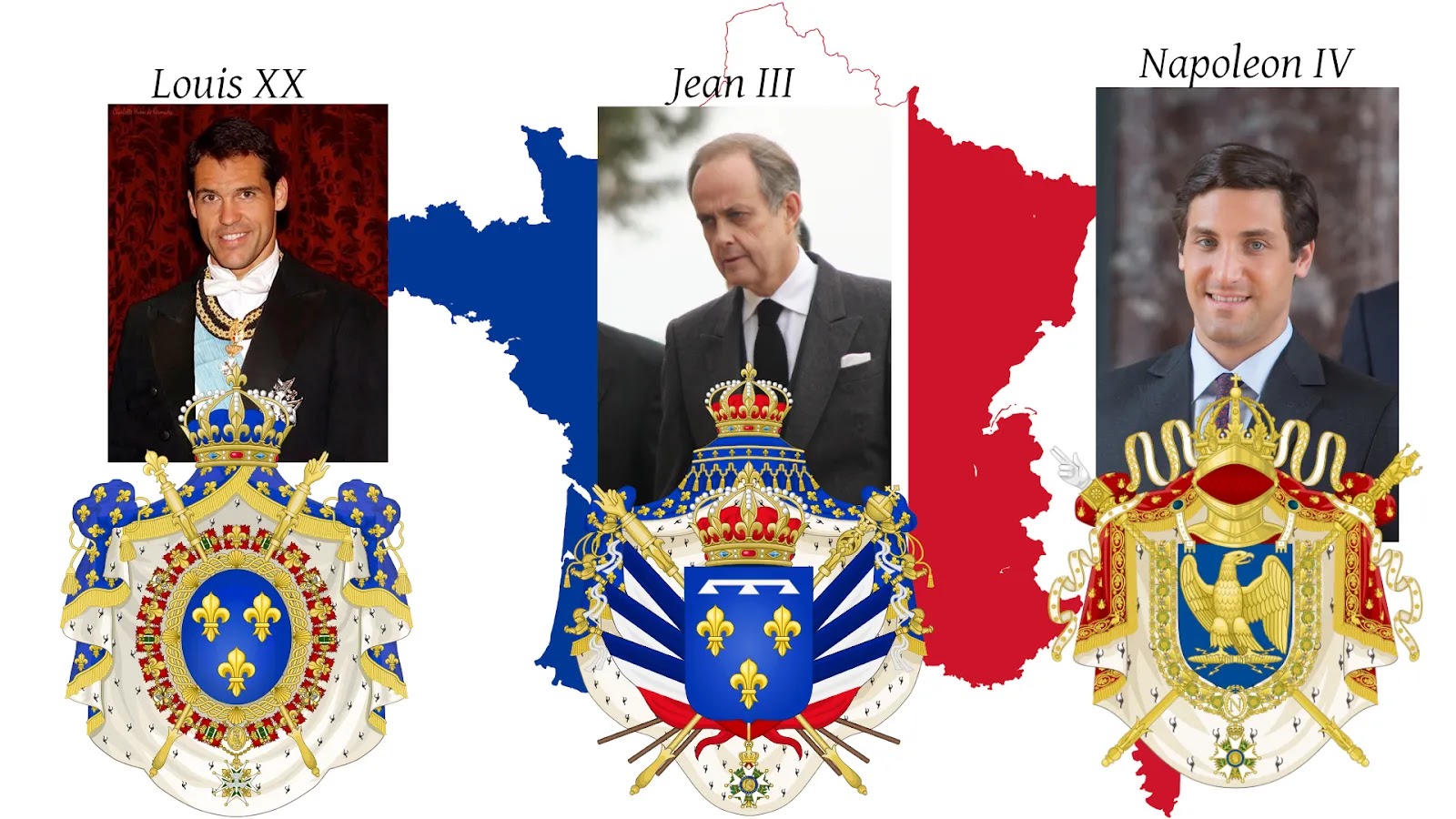 Posted by Theodore Harvey at 5:20 PM No comments:

While this is unlikely to draw as much attention even for monarchists as the centennial of the death of the last Emperor of Austria, today is also the 75th anniversary of the death of King George II of Greece (1890-1947) and (since he was childless and divorced) the accession of his younger brother King Paul I (1901-1964). King George had had a turbulent reign (1922-24 & 1935-47), exiled first by the First Republic and then again by World War II. ("In my profession one must keep one's suitcase packed," he joked.) Reports of his death at 56 were initially thought by some to be a morbid April Fools' joke, but no, just like a very different sovereign of a very different monarchy 25 years earlier, he really did die on April 1. King Paul turned out to be the only one of the seven modern Greek kings whose reign (1947-64) began with the death of his predecessor and continued without interruption until his own death. Here is my "updated" chart of European monarchies 75 years ago, with George's and Paul's beleaguered nephew King Michael (1921-2017) still hanging on for a few months in Romania as the Iron Curtain was descending.

Posted by Theodore Harvey at 4:35 PM No comments:

Today I attended a mass in honour of the centennial of the death of Emperor Bl. Karl (1887-1922) at St. Philip the Apostle Catholic Church in Flower Mound, Texas. The brand new church is one of the most attractive new churches I've seen, with expansion of the sanctuary and a new Casavant pipe organ yet to come. The celebrant was Fr. Allan Hawkins, originally from England, who had corresponded with Bl. Karl's son & heir Archduke Otto (1912-2011) for decades. It was Fr. Hawkins who in 2010 invited me to give a talk on sacred music at St. Mary the Virgin Catholic Church in Arlington, of which he was then the pastor. Not having expected until he invited me to be able to attend any events commemorating this centennial, I was very glad to be able to attend this mass, which concluded with appropriate English words to Haydn's immortal Kaiserhymne, the Habsburg imperial anthem.

Blessed Karl, pray for us! 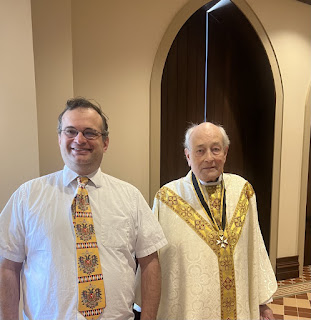 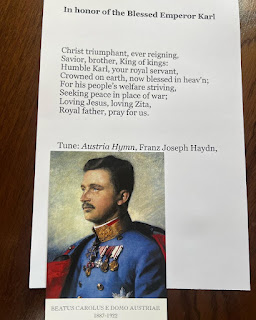 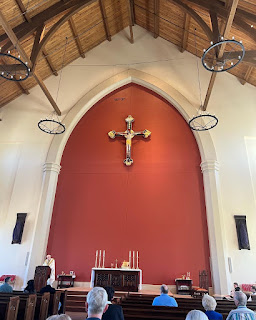 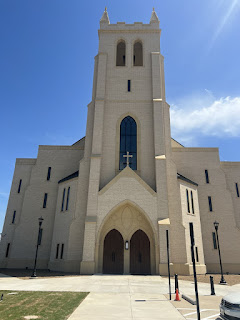 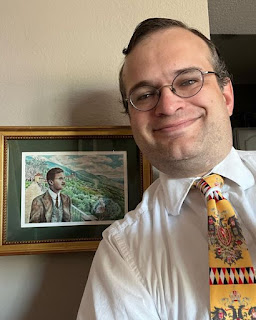 Posted by Theodore Harvey at 4:16 PM No comments:

Centennial of the Death of Bl Karl

One hundred years ago today, the holy Emperor Karl I of Austria-Hungary (1887-1922), died at only 34 in exile in Madeira. A true royal saint of modern times, he had done his best in his brief reign (1916-18) with the challenging situation he inherited and did everything he could to end the horrors of the Great War and serve his people, but treacherous and ignorant men thwarted and betrayed him. Emperor Bl. Karl, pray for us and for the restoration of the Habsburg Monarchy! 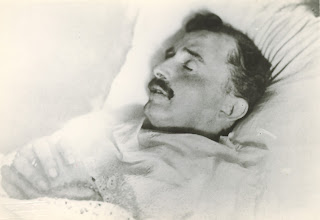