(Warning: the link includes a picture of his face.)

What a repulsive scumbag. Many people, including me, would be deeply grateful for the opportunity to sincerely swear allegiance to HM the Queen of Canada and it makes me absolutely livid that this hypocrite is going to be allowed to spit in the face of the constitution and traditions of the country he wants to live in. This ungrateful piece of excrement should be kicked out of Canada and never allowed to return. Send the vile worthless jerk back where he came from.
Posted by Theodore Harvey at 11:51 PM No comments:

No change for regicidal metro station

Absolutely appalling. Shame on these Muscovites, still enthralled with evil. Russia continues to celebrate Bolshevik regicidal monsters. An example of why I don't buy the Putinist Russia as Saviour of Christian Civilisation line. I will not be impressed with modern Russia until Communism has been as thoroughly repudiated and condemned as Nazism was in Germany and the Romanov dynasty is restored. Nothing else is acceptable. Long live Empress Maria Vladimirovna!
Posted by Theodore Harvey at 12:24 PM No comments:

Today was the fortieth anniversary of the Restoration of the Spanish Monarchy in the person of King Juan Carlos I (b 1938), who if he had not abdicated last year would now be celebrating his Ruby Jubilee. The Spanish restoration, after 44 years without a King, mercifully brought to a close a brief period (1 Jun 1973-22 Nov 1975) during which the number of reigning European hereditary monarchs had for the first time dropped into the single digits, something that must never be allowed to happen again. With the new King being the brother-in-law of the recently-deposed Constantine II of Greece, the restoration in Spain could be seen as "compensating" for the tragic fall of the Greek monarchy (confirmed via referendum less than a year earlier). Outside of Europe, monarchies had recently fallen in Laos, Ethiopia, Afghanistan, Cambodia (restored 1993), and Libya, with predictably disastrous results, and Iran's had less than four more years left.


King Juan Carlos went on to become a highly popular monarch for most of his reign, his popularity waning only towards its end prompting his abdication, arguably a disturbing precedent for those of us who value Monarchy partly because it is not supposed to be a popularity contest subject to the fickle moods of the public as manipulated by the media. Alas, in the four decades since that glorious day, not one European country has followed Spain's example, and most of the continent remains gripped by republicanism, boring at best, corrupt and traitorous at worst. I pray that one day Europeans will come to their senses, wake up from their politically correct slumber, and restore their Kings! #10IsNotEnough

It is deeply painful to me to confront the fact that in all that has been written about the trend of French tricolor flags on Facebook profile pictures, only two points of view are acknowledged to exist: those in favor of it, and those who are critical because they believe the flag to be "right-wing." Regarding the latter viewpoint, as people say these days, I can't even. I am so tired of people like me being completely ignored. Monarchists exist. And we will never accept the French Republic. Vive le Roi. 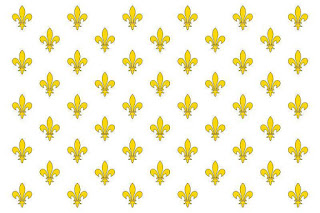 Posted by Theodore Harvey at 1:07 AM 4 comments:

Politics can make strange bedfellows. I'm reluctant to agree with anything in The Independent, and even this article's argument is incomplete and misguided in some respects, but he has a point. The Marseillaise is a rotten anthem, celebrating the most calamitous event in history prior to the even worse 20th century, whose lyrics glorify watering furrows with "impure blood" and slander legitimate monarchs trying to restore decency as "tyrants." It might be pointed out that if Tsar Alexander III put up with it in 1894, anyone can, but in retrospect the Franco-Russian alliance was a tragic mistake that paved the way for the apocalypse twenty years later. We cannot fight 21st-century terrorism by extolling 18th-century terrorism.
Posted by Theodore Harvey at 4:57 PM No comments:

America and its enemies

Why is it that historically when the U.S. has waged war against enemies perceived as conservative or "rightist" (the British during the Revolution, the Confederacy, Spain, Imperial Germany, Nazi Germany, Imperial Japan) it does so with utter ruthlessness, settling for nothing less than total victory, but when the U.S. wages war against enemies either perceived as "progressive" or favored by (some) leftists, as Islam curiously often is (North Korea, North Vietnam, Communism generally, Iraq, ISIS) it does so half-heartedly, ineffectively, and inconclusively? Perhaps the inherently revolutionary and progressive origins of the USA (logically celebrated by American liberals, and illogically ignored by most American conservatives) are impossible to overcome, even for well-meaning Americans who would like to.

(Note: this observation, including most of the specific examples, is not original to me, but I forget where I first encountered it.
Posted by Theodore Harvey at 4:27 PM 1 comment:

I agree with the U.S. governors (including Texas's Greg Abbott) and European leaders who are refusing to accept any refugees from the Middle East, and am unimpressed by the arguments of those who criticize them. These leaders' first responsibility is the protection of their own people, not to rescue the world. No, most of the refugees are not likely to be terrorists. But if even a few are, that is too many. (If you knew that one apple in a barrel of a hundred were poisoned, would you cheerfully grab a random apple and eat it?) How are governments supposed to determine which "refugees" have terrorist sympathies and which do not? It is known that Daesh (ISIS) have smuggled agents into Europe, including apparently at least one of the Paris murderers, as "refugees" and have boasted about doing so. It is also known that many, perhaps even most, of these "Syrian refugees" are not even Syrian, but are opportunists from other countries drawn by the West's generous welfare states and higher standards of living. That is not a valid reason to open the borders. I have every sympathy for _Christian_ refugees, but unfortunately the modern West's reigning ideology of "non-discrimination" does not seem to permit them to be favored; in fact, it appears that Christian refugees are actually at a disadvantage under the Obama administration's current system.


And there are other issues besides terrorism. Already there are over forty million (40,000,000) Muslims in Europe, a continent that was once the heart of Christendom. Already their presence is transforming Europe into something other than what people who love traditional European culture and civilisation have always known, and not in a good way. I've seen it with my own eyes on my visits there. After the Charlie Hebdo attacks 27% of Muslims in the UK said they had some sympathy with the attackers. (I am not a fan of the content of Charlie Hebdo myself, but that doesn't mean that killing its contributors was an acceptable solution.) Other polls have showed 40% of Muslims in the UK in favour of the imposition of sharia law there. Studies in other European countries have yielded similar results. A minority, yes, but far too large a minority to be complacent about. The delusional stubbornness of liberals like Angela Merkel, who may go down in history as the woman who destroyed a continent, seems like lunacy to me. What kind of place will Europe be in the future? Will it still be a land of castles and cathedrals, open countryside, classical music, cafes serving pork and wine, people who enjoy life? Or will it be something altogether more grim, divided, and dangerous? You cannot tolerate everything and everyone forever, or you will end up being ruled by those who live by a firmer creed.
Posted by Theodore Harvey at 2:46 PM No comments:

Sixteen years ago today a healthy majority of the Australian electorate wisely chose to retain their constitutional monarchy under Queen Elizabeth II which has served Australia well now for over a century and helped make it one of the best places to live in the world. Today despite smug predictions that monarchists would die out, a new generation of Australians not old enough to vote in 1999 have discovered the wisdom and appeal of their country's monarchical constitution. Yet once again the Crown is under threat, with a new republican prime minister who having toppled the excellent Tony Abbott almost immediately abolished Knights and Dames (again). As Australia welcomes its future King and Queen, the Prince of Wales and the Duchess of Cornwall, both major parties are now led by republicans which is a deplorable state of affairs. Hopefully this is just the last gasp of the tiresome "boomer" generation. While I'm under no delusions that the majority of Australian teens and millennials are fervent ideological monarchists, it does seem that most are simply not interested in radical constitutional change. But monarchists must be vigilant and those who have voted Liberal must punish Turnbull by withholding their support at the next election. God Save the Queen of Australia and God bless her successors Charles, William, and George!!! 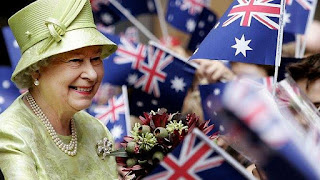 Posted by Theodore Harvey at 11:53 PM No comments:

Many of my British and Commonwealth royalist friends are deeply devoted to the poppy tradition, and I respect that. Certainly it is good to remember the men who gave their lives for King & Country. If I lived in Britain I would wear a poppy when appropriate. However, partly because as a pan-monarchist I am unable to regard 1918 and 1945 (especially 1918) as unqualified "Victories," there is something about the conformism of it all that bothers me, and I think Peter Hitchens puts his finger on it here, while making it clear that he himself is deeply moved by Remembrance Day and what it represents. Given that the two World Wars, for all the undoubted courage of British and Commonwealth soldiers, ended up damaging or destroying virtually everything genuine traditionalists believe in, should there not be room on the Right for tolerance of anti-war perspectives?
Posted by Theodore Harvey at 3:34 PM 1 comment: