Recognising that no empire lasts forever, I might not mind the decline of the British Empire so much (though it didn't need to collapse as quickly as it did) if it had been replaced by indigenous monarchies. Alas, republics are the norm throughout most of the former Empire, despite having no roots in the pre-colonial societies of Asia and Africa. Could India, which became independent in 1947 and a republic in 1950, have become a Monarchy instead?
Posted by Theodore Harvey at 7:48 PM No comments:

In honour of today's 145th anniversary of the proclamation of the German Empire, and to go with my new Taschen book, I've created a new page of my website on Germany in 1900. It is too often forgotten that Imperial Germany was not just the Kaisers but included some twenty other reigning monarchs--kings, grand dukes, dukes, and princes--who I rather enjoyed looking up to get their pictures and dates. My favourite of these rulers is probably Georg II of Saxe-Meiningen, the brilliantly artistic "Theatre Duke." Between Wikipedia and Die souveränen Fürstenhäuser Europas
I was able to find age-appropriate pictures of almost everyone, except for Alexander Prince of Lippe (who was mentally ill, reigning with a regency), and the morganatic second wife of Heinrich XXIV Prince Reuss.

It has long struck me as one of the greatest injustices of modern history that, whatever one thinks of the causes of World War I, surely the interior German monarchies cannot be blamed at all, yet they were all dragged down in the apocalypse of November 1918. May they never be forgotten, and somehow one day restored to their charming and occasionally eccentric glory.
Posted by Theodore Harvey at 9:50 AM 7 comments:

A Monarchist Vision of Europe

As the real Europe of 2016 seems to slide further into the abyss, one can only retreat into fantasy. Here then is the Europe of my dreams. This, I think, is more or less how things should be, though rather than imagine that the World Wars etc. never happened (since in that case royal genealogy would presumably be completely different), this supposes that at some unspecified point since then Europeans somehow repent of their republican and modernist errors. The ten actual current monarchies are mostly as they are, though supporters of traditional male primogeniture will be pleased at the little changes I made to Sweden and Belgium, symbolizing a wider rejection of pathological egalitarianism. Seniority is retroactively dated to whenever the sovereign actually became head of their respective house.

Recognizing that some things cannot be undone even in my imagination, I've invented new institutions for the German and Habsburg monarchies that take some contemporary realities into account. Very few changes to current borders are proposed, except for dividing Italy in two (a compromise between unionism and reactionary separatism that would probably satisfy no one), and returning most of Belarus and Ukraine to Russia (with part of the latter to the Habsburgs), and Kosovo and Macedonia to Serbia (or perhaps Greece in the latter case). (As much as I would love to restore historic Prussia to Germany, I don't see how this could be accomplished without repeating the horrors of 1945-50 in reverse.) As a gesture of moderation and compromise, I've implicitly allowed Iceland, Finland, Estonia, Latvia, Lithuania, and Poland (as well as Switzerland & San Marino), to remain republics; I have ideas for a few of those but for this chart decided to confine my restorations to royal families commonly identified with their respective countries. In the disputed cases of France and the Two Sicilies, I've gone here with the genealogically senior lines only because the "Heir" question is less complicated. While some may wish to quibble with a few proposed details, I have no doubt that a Europe headed and perhaps even governed by these people would be better than what we actually have in 2016.
Posted by Theodore Harvey at 9:41 AM 16 comments:

Just learned that HIH Princess Ashraf Pahlavi (1919-2016), twin sister of the Shah of Iran, has died aged 96, the first royal death of the new year (as far as I know). I have her 1980 memoir, "Faces in a Mirror," which I inherited from my grandmother in 1994. A remarkable woman, fiercely loyal to her brother, she is now again united with him. May she rest in peace. 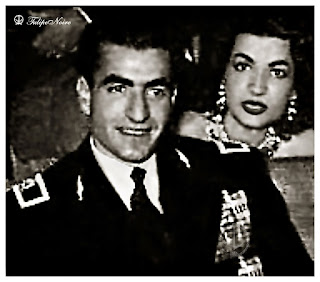 Posted by Theodore Harvey at 11:39 PM No comments:

The Incoherence of the Austrian Republic

Watching the Vienna Philharmonic New Year's concert, I am once again struck by the impression that modern Austria is the most schizophrenic and hypocritical of all the European republics that used to be monarchies. Everything they pride themselves on, everything they market to tourists, everything they present to the world, is from the time of the Habsburg monarchy and indelibly linked to it. There is no attempt to hide this or pretend that Austria is all about being Modern. Yet they insist on maintaining this drab ahistorical Republic, in which even the use of "von" is illegal, voting for horrid Socialists, and treating my friends in the heroic Die Monarchisten - Schwarz-Gelbe Allianz (whose stickers I proudly display on my car) like irrelevant harmless eccentrics at best, traitors at worst. The mind boggles. Austria, like the rest of Central Europe, needs an Emperor, not a President! Restore the Habsburgs!!!

(At 14:00 there's an interlude in which Dame Julie talks about how Queen Elizabeth II recently became Britain's longest-reigning monarch, but the length of her reign was exceeded by Emperor Franz Joseph's, with footage of the Emperor, concluding the narration in the room where he died in 1916.)
Posted by Theodore Harvey at 7:07 PM No comments: