American monarchist Michael W. Davis reflects on American enthusiasm for the recent visit of the Duke & Duchess of Cambridge and the British royal family in general. He makes good points, but I think it's important not to overstate our case. While I am one of the many Americans who are enthusiastic about the Windsors (though I probably take it a little further than most), for every one of us there are probably many more Americans who are indifferent or (as comments from Americans on any article about the royal family--including this one--tend to make clear) even hostile. The USA is such a big country that if only a fraction of Americans are excited about royal visits or events, that is enough to sell magazines and to make it seem like "Americans" in general are crazy about the royal family (which is indeed the impression that British people--some of them unfortunately less so--often get, probably skewed by the fact that Americans who spend thousands of dollars to travel to Britain are more likely than the average American to care about the British royal family). But that's not necessarily the case. As much as I and some of my friends might like it, I don't think the USA is about to give up the presidency and recognize William and Catherine as our future King and Queen any time soon.


On a related note, I enjoyed this account by the general manager of New York City's classical radio station describing his experience meeting the Duchess of Cambridge, who told him that she listens to classical music at home with Prince George
Posted by Theodore Harvey at 4:26 PM No comments:

Royalty from around the world (though not the UK) gathered in Brussels to mourn Queen Fabiola. Perhaps most touching was the grief of 11-year-old Prince Gabriel, who evidently had been close to his great-aunt.

I must say that I find it disappointing that none of the British royal family attended. Surely they could have sent someone? Queen Elizabeth II did attend King Baudouin's funeral in 1993. But in general since 1917 there has often seemed to be a certain...distance between British and Continental royalty. Wikipedia has a complete list of royal guests at its article on Queen Fabiola. Empress Michiko of Japan, 80, came all the way from Tokyo. The Dutch, Luxembourgian, Swedish, Danish, Norwegian, Spanish, Austrian, Italian, Two Sicilian, Russian, Portuguese, Moroccan, Egyptian, Kuwaiti, Iranian, and Thai royal families were also represented.

Some deeply moving footage here from the funeral. As Queen Fabiola's coffin enters the Cathedral, the organ plays Bach's Fantasia in C Minor BWV 537. Later as the Belgian royal family including the children approach the coffin and bow in pairs, the chorale featured in his St Matthew Passion is sung.
Posted by Theodore Harvey at 6:23 PM No comments:

An heir and a princess for Monaco!

Hooray! HSH Princess Charlene of Monaco has given birth to twins, Princess Gabriella and Prince Jacques. Jacques is Monaco's first direct heir since the birth of his own father Prince Albert II in 1958. Congratulations to the princely couple and to all the people of the great Principality of Monaco. 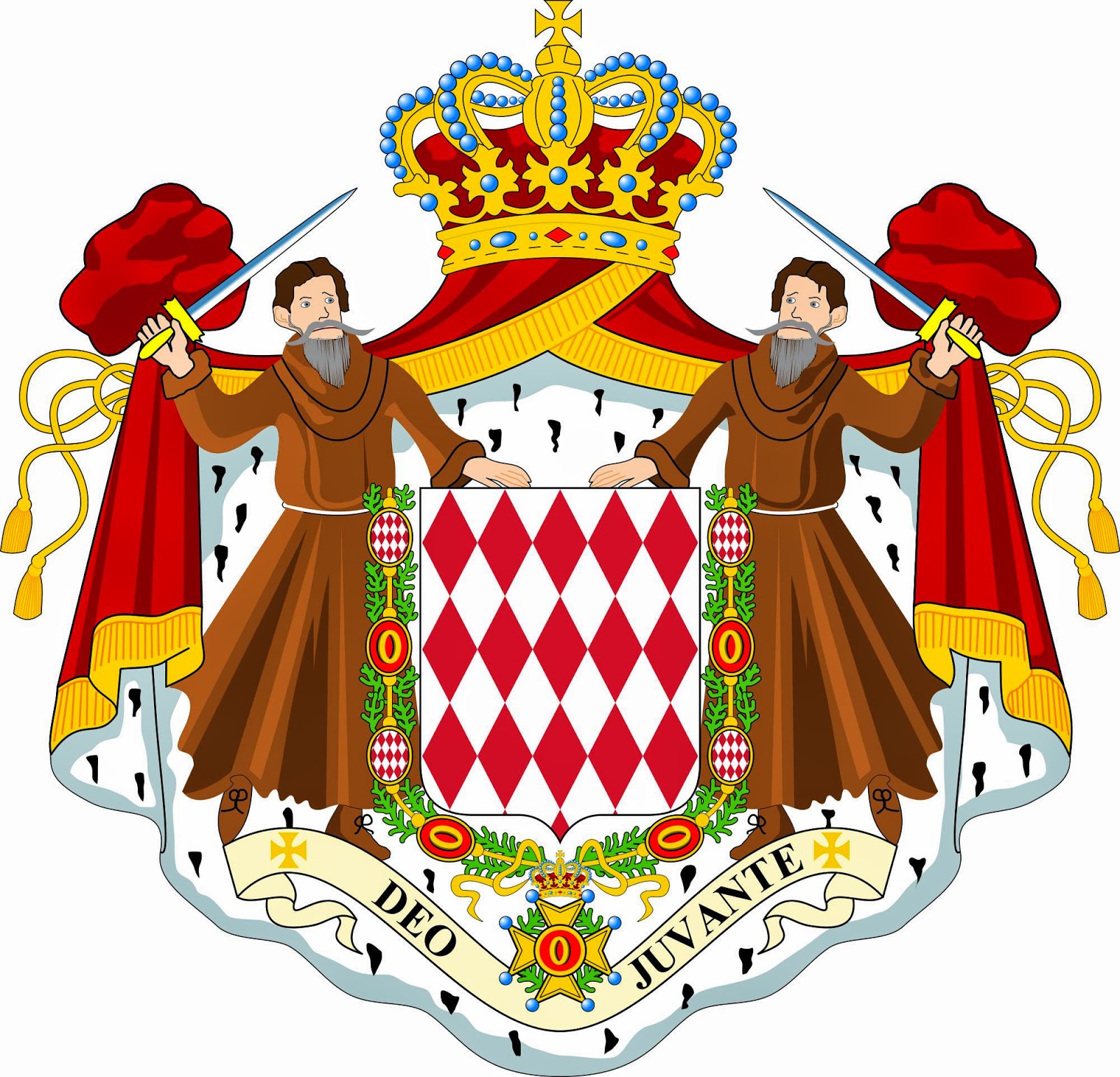 “Our celebrities and politicians, they’re shooting stars. They come and go,” said Ms. Green’s mother, Colleen, who brought her daughter to New York for the occasion. “Royalty is forever.”

I am saddened to learn that HM Queen Fabiola of the Belgians, a beloved fixture on the European royal scene since her marriage to King Baudouin in 1960, has died at the age of 86. She was the epitome of the elegant and gracious queen consort. While she and King Baudouin (1930-1993) were childless, all Belgians were in a sense their children. May she rest in peace.