I loved the Ringling Bros. and Barnum & Bailey Circus when we went many years ago in Indianapolis. I think I had one of their posters on my bedroom wall for awhile as a boy. This is a melancholy article that arguably reflects a lot of what is wrong with our time, though I say that fully aware of the irony that I'm now as susceptible to the lure of smartphones and the internet (though not some of the other rivals mentioned) as any 21st-century kid. I suppose the animal rights activists will be happy: they finally got their way.

One hundred forty-six years (referring to the 1870 foundation of "P. T. Barnum's Grand Traveling Museum, Menagerie, Caravan & Hippodrome" in Delavan, Wisconsin), stretching back to the last year when even France still had a monarchy, is quite a run. I don't think the circus ever quite stopped echoing the spirit of an era when American entertainers would boast of having performed for "The Crowned Heads of Europe," and circus performers often formed "dynasties," with several generations of the same families carrying on the tradition. Like Disney, the circus was a thoroughly American institution that a monarchist could nevertheless appreciate. Now I wish I'd seen it again more recently.
Posted by Theodore Harvey at 10:53 PM No comments:

Who cares about Presidents?

Apparently someone named Mario Soares who used to call himself President of Portugal (whatever that is) died. I suppose it is good to offer prayers for his soul, since he'll certainly need them. But what I can't stand in the coverage is the ubiquitous assumption that the Salazar regime was Bad because it was Not Democratic while the current government is Good because it is Democratic. No. Democracy is at best a tolerable means to an end, but there is nothing inherently good about it. By my standards both the Salazar regime (though it did some good things) and the present republic are bad, because neither one is the Monarchy that shaped Portugal and was integral to its civilisation from its beginnings in 1139 until 1910. Only the Kingdom can be good for Portugal, because only the Kingdom can represent continuity rather than rupture with the glorious past. Only the Kingdom could provide a head of state who represents unity rather than division. Viva o Rei!

As the illegitimate regimes of Portugal and Iran both insist on mourning former presidents, here's a friendly reminder of who those countries' rightful rulers are. Viva o Rei! Javid Shah! 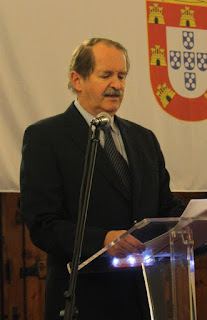 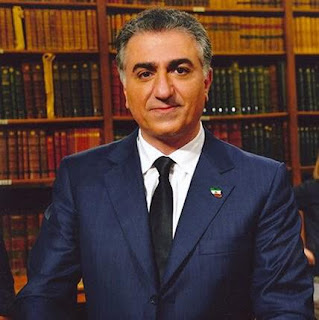 Portugal and Iran are interesting to contemplate together, because chronologically they constitute "bookends" of by far the worst seven decades in the history of Monarchy. While the idea of replacing a longstanding monarchy with a republic, though often claimed to be "modern," had actually been around since ancient Rome (509 BC), prior to 1910 "successful" attempts other than the French Revolution (itself not really consolidated in France for nearly a century) were rare. One thinks of the tragic cases of Brazil (1889) and Hawaii (1893), but that was about it, apart from failures of short-lived monarchical experiments (e.g. Haiti, Mexico) and numerous anti-colonial rebellions in the Americas that did not displace reigning monarchs at home in Europe. And since 1979, the world's remaining monarchies have seemed fairly secure, and for the most part are probably likely to remain so, Nepal being the main exception (let's hope there will be no others).

But by the time of my first birthday, the damage had been done: between 1910 and 1979, which is to say within less than an average modern Western human lifespan, monarchies in the Eastern Hemisphere fell every few years, transforming half of the globe from a world in which Monarchy was very much the norm (France, Switzerland, San Marino, and Liberia being originally the only exceptions) to one in which it is sadly very much the exception and republics (whether democratic or authoritarian) are widely assumed by Left and "Right" alike to be the "default" form of government. We must live in hope that the errors of those catastrophic seven decades may one day be reversed. 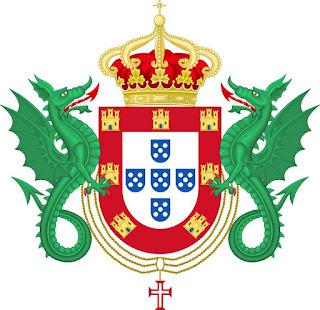 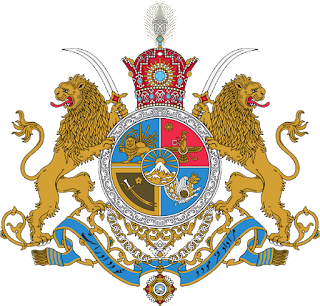 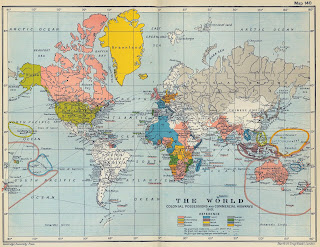 Posted by Theodore Harvey at 7:21 PM No comments:

This year features many major round-numbered anniversaries, most of them bad. Going backwards, we have the 50th of the colonels' coup in Greece and King Constantine's subsequent unsuccessful counter-coup which led to his exile and the eventual fall of the monarchy, obviously the 100th of the Russian Revolution (both of them), and the 150th of the regicide of Emperor Maximilian of Mexico. For my Roman Catholic friends, the 100th of Fatima can be celebrated but the 300th of the founding of the Grand Lodge of London and the 500th of Luther's revolt (about which I'm ambivalent myself) will be more sinister occasions.


On the bright side, we can celebrate the 150th anniversaries of Canadian confederation and of the Austro-Hungarian compromise that created the Austro-Hungarian Empire, as well as the anniversaries of the births of two of my favourite royal women in European history, Queen Frederica of Greece (1917-1981) and Empress Maria Theresa (1717-1780). This summer will also see the 100th anniversary of the proclamation of the House of Windsor (formerly known as Saxe-Coburg & Gotha) in the United Kingdom.
Posted by Theodore Harvey at 4:14 PM No comments: