One hears a lot these days about ideological battles on college campuses. Part of me wishes I were about twenty years younger so that I could participate in them provocatively as an internet-savvy Eurocentric reactionary monarchist, though I'd have to side in practice with the classical liberal ("conservative") defenders of "Free Speech" despite not actually being a classical liberal. I don't remember politics touching the Indiana University School of Music very much in the late 1990s when I was actually in college. There was more at Juilliard--in reaction to which I think I started my journey towards the Right, though having always been fond of royalty I was never a very pure leftist, and I still don't really fit into American Conservatism (in either its pro-Trump or anti-Trump versions). But I think I'd rather have been born even earlier, and defended the Shah in the 1970s, or Franco in the 1930s. See how "evil" I am? Ha!
Posted by Theodore Harvey at 5:02 PM No comments: 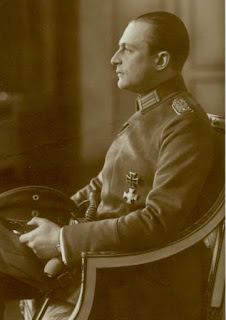 One hundred years ago today, Grand Duke Adolf Friedrich VI of Mecklenburg-Strelitz, 35, committed suicide, for reasons that have never really been satisfactorily explained, though given what happened to all the German monarchies later that year, it may appear in retrospect to have constituted an escape from defeat and revolution. His death plunged the grand duchy into confusion as not only was he childless, his only brother having been killed in a duel, but his only surviving non-morganatic heir, Carl Michael, had served in the enemy Russian forces and wished to renounce his rights to Mecklenburg-Strelitz. With no one to be Grand Duke, the other Mecklenburg Grand Duke, Friedrich Franz IV of Mecklenburg-Schwerin, acted as regent. The succession issue was not resolved until after the fall of the German monarchies, with Carl Michael adopting his hitherto morganatic cousin the Count of Carlow. As the Mecklenburg-Schwerin line eventually died out, ironically today it is that Carlow line that serves as the sole representative of the Mecklenburg family.


There have been so many depressing centennials, especially for monarchists, since June 28, 2014, and it's far from over. I liked it better when we were less than a century removed from my beloved Belle Époque Europe (1871-1914). Think of how much time has elapsed since summer 2014, all the things you've done, and imagine how horrifyingly endless that war would have seemed by "now," in February 1918, a hundred years ago. How many boys born in the 90s, so much younger than I am, had died. Perhaps that's what got to poor Grand Duke Adolf Friedrich VI, who as a grandson of Queen Victoria's cousin Princess Augusta of Cambridge (1822-1916) deeply loved England, where he had spent a good deal of time before the war. In December 2016 I marked the centennial of Grand Duchess Augusta's death; today I remember her grandson. Adolf Friedrich had been close to his formidable grandmother. She was not spared the war between the two nations she loved, but at least she was spared her grandson's death and the fall of the monarchy. 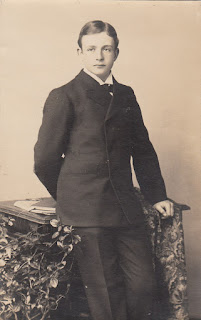 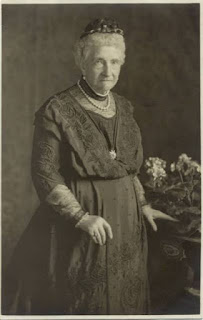 Posted by Theodore Harvey at 11:30 PM No comments:

As condolences pour in, Denmark is observing a month of official mourning for Prince Henrik, who will be cremated according to his wishes. More photos and video at the Mail.


Posted by Theodore Harvey at 4:12 PM No comments: 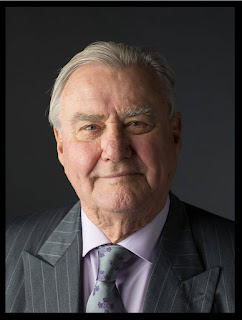 Her Majesty the Queen and the two sons were at his side.

Posted by Theodore Harvey at 10:55 PM No comments:

Monarchists and the Internet

As a traditionalist, I'm broadly sympathetic to critiques of Modernity. The internet and social media are now part of modernity. If I could have the pre-1914 world back, I would, and there was of course no Facebook or Twitter then. That said, I'm nevertheless skeptical of articles--I just saw yet another one, ironically via Twitter--that castigate social media as somehow uniquely destructive of society. The thing is, I remember late 20th-century society, before iPhones or Facebook, and I didn't think it was that great. I remember trying to learn royal genealogy before Google or Wikipedia via out-of-date print encyclopedias with no way of finding out who had died since they were published, and conventional media (newspapers, radio, TV) didn't usually report on that sort of thing because it wasn't what most people were interested in. And frankly, being as far as I knew the only teenage monarchist in the world was kind of lonely. I suspect that the sort of Thoughtful American Commentators who denounce social media's ability to connect like-minded people with unusual interests are the sort of commentators who would say that non-conformists like me should get over ourselves and learn to fit into one of the two camps American politics provides. No.

Another common criticism is that social media allows people to expose themselves only to views they already agree with. At least in my case, that's not true; while I freely admit that anyone who used Facebook to advocate the abolition of the British or any other monarchy would not last long on my Friends list, regarding virtually every other issue my News Feed encompasses a wide range of views. Sometimes I see enthusiastically pro-Trump and vehemently anti-Trump posts right next to each other. One of my favourite things on Facebook is when I look at the list of people who have Liked one of my royalist posts, reflect on how some of them would disagree sharply on other issues, and feel affirmed in my conviction that Monarchy can bring people together as no politician can.