I'm not entirely without sympathy for those who (whether at the time or later in hindsight) have regretted the smaller German states' loss of independence (though the Kingdom of Bavaria managed to retain some trappings of sovereignty, including its own military apparatus and consulates in foreign countries). However, at least unlike in Italy the local rulers (except for Hanover's) kept their thrones. I can't help admiring what Germany as a dynamic unified nation achieved between 1871 and 1914, and don't see why Germany should have been perpetually denied the cohesiveness that nations like Great Britain, France, Russia, and Spain had achieved much earlier. Changes in borders and of the balance of power between different monarchies are an inevitable aspect of History, with stronger states having overpowered weaker ones for as long as states have existed. What is intolerable however is the fact that Germany has not had any monarchies at all since 1918. Here is my new chart of all the rulers of the monarchical states of the German Empire and their wives and heirs at the time of its establishment 150 years ago today, in order of seniority. I haven't been able to find suitable images for all the individuals who were still fairly young at the time, especially heirs. Maybe I will eventually. This is why I tend to get more upset about Germany being a republic than some other countries: it wasn't just one monarchy that fell in 1918, but nearly two dozen. And all the adorable little ones, whose lineages and traditions went back to the Middle Ages, should not be forgotten. 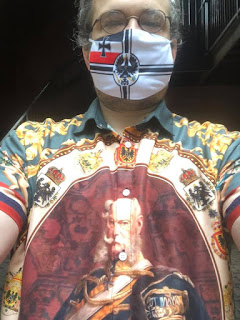 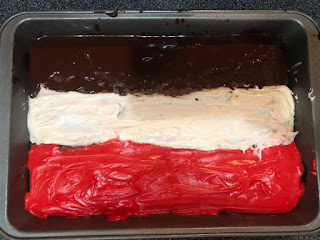 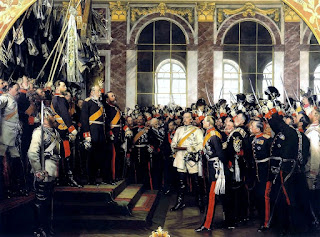 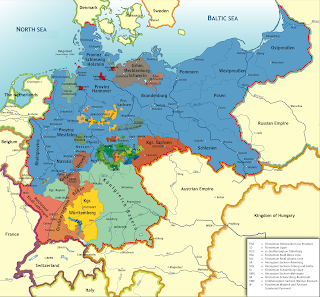 Posted by Theodore Harvey at 9:34 PM No comments:

One of the many reasons I am confident in the superiority and rightness of monarchism is that Monarchists are practically the only type of ideological faction today who do NOT frequently try to repudiate various unpleasant actual examples of our preferred system on the grounds that while it may use the word it's somehow not a "real" example. (In logic this is known as the "No True Scotsman" fallacy.) Many republicans (with a lowercase "r") claim that dictatorial regimes such as the People's Republic of China or the Islamic Republic of Iran are not "real" Republics. Many Marxists claim that the USSR and its Iron Curtain satellites were not "real" Communism. At the opposite extreme, libertarian or anarcho-capitalist free-market ideologues claim that what we currently have economically in the USA is not "real" Capitalism. "NeverTrump" conservatives argue that Trumpism is not "real" Conservatism. (Even before Trump, some traditionalist conservative theorists maintained that the Republican Party had nothing to do with their ideal of "real" Burkean/Kirkian conservatism.) Apologists for Islam claim that the radical Islam of terrorists is not "real" Islam. Christians of various stripes Right and Left often claim that those Christians from whom they wish to disassociate themselves are not "real" Christians.

Some of those kinds of arguments may have more validity than others. But that's beside the point, which is that in contrast, I don't know any monarchist who denies that, for example, the Kingdom of Saudi Arabia is a Real Monarchy just because most of us don't much like it. It is. It's listed at my website. We own up to our less flattering examples. We just maintain that they're not the norm, and that overall, what we advocate is better than the alternatives, especially when those alternatives have been the result of displacing existing monarchies. I don't think any rival ideological faction is as honest.
Posted by Theodore Harvey at 6:10 PM No comments:

I made some changes to my website today that no one will notice unless I post about it. For years I've compiled charts of reigning monarchs at specific points in European history. Some are permanently fixed at a particular date and so once made don't have to be changed, but others are meant to reflect the state of things at a particular interval in the past (75 years ago, 200 years ago, etc.), so have to be continually "updated." Originally these charts consisted of text only, but then I started making ones with heraldry and pictures. However for some reason instead of simply adding to older files I made new ones, with the result that I accumulated an absurd number of pages whose dates and other information had to be changed every year, some of them essentially duplicates. Rather than edit all of them today, I deleted most of the charts without images, resulting in a more manageable number of files, and added internal links so that visitors can easily navigate between them. You can start with 2021 and work your way back to 1721, or vice versa working forward.

Posted by Theodore Harvey at 7:39 PM No comments: