RIP Prince Friedrich Wilhelm of Prussia, who died yesterday at 76 after a long illness. The eldest son of Kaiser Wilhelm II's grandson Prince Louis Ferdinand (1907-1994) and Grand Duchess Kira of Russia (1909-1967), he would have succeeded him as head of the House of Hohenzollern had he not married a commoner. (Deposed royal families are often stricter about their marriage laws than reigning ones, since they have no way to change the rules that were in place during the monarchy. Had the German/Prussian monarchy endured, it's likely that the marriage requirements would have been weakened eventually.) A historian who specialized in his own family including Frederick the Great, he is survived by four children including Philipp, a Lutheran pastor, who has advocated the restoration of monarchy in Germany.

I neglected to mention at this blog that his former sister-in-law Duchess Donata (née Countess of Castell-Rüdenhausen), married firstly to Friedrich Wilhelm's younger brother Prince Louis Ferdinand (1944-1977), with whom she had the actual current head of the family Prince Georg Friedrich, and secondly to their sister's ex-husband Duke Friedrich of Oldenburg, died on September 5 at 65. So the Prussian royal family is doubly bereaved this month. May they both rest in peace, and may the Monarchy they ought to have been able to serve one day rise again.
Posted by Theodore Harvey at 6:11 PM 2 comments: 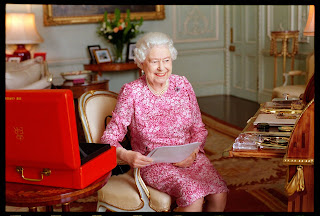 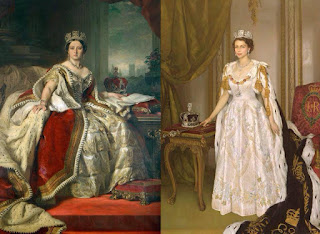 Posted by Theodore Harvey at 5:06 PM No comments: