It is really hard for me when even someone who maintains one of my favourite royalty pages feels the need to explicitly declare publicly that they are not advocating the restoration of the [German] Monarchy and privately that it will never happen. I am so tired of being told that my dreams are impossible and that I should instead accept the the way things are. Never. The way things are is an abomination, the infestation of Europe with illegitimate republics a far more egregious monstrosity than any of the things normie conservatives whine about. I will NEVER accept the loss of the German monarchies. If that means that the overwhelming majority of actual Germans today are my enemies, so be it. I curse and condemn the illegitimate Federal Republic of Germany and want the world to know that I am its enemy. I condemn Angela Merkel and Frank-Walter Steinmeier and all German politicians for their treasonous arrogance in refusing to bow to their Kaiser and the rightful other kings and dukes and princes. I demand that Europe be put back mostly the way it was in 1914 (Finland, Poland, and the Baltics can keep their independence), with the Portuguese and French monarchies restored too. And I am sick and tired of "conservative" Christianity not taking a stand. Republicanism is the true sin that cries out to Heaven for vengeance, far worse than anything anyone has ever done with anybody in a bedroom. I demand royal restorations, and I want republican Europeans Left and Right to know that I despise them and their precious republican values. I spit on the German republican constitution and I spit on its Basic Law. There is only one true form of government for Germany or any other country that has had a monarchical tradition. In Europe, Switzerland and San Marino are the only legitimate republics. Death to republicanism. Monarchy yesterday, Monarchy today, Monarchy forever!!! 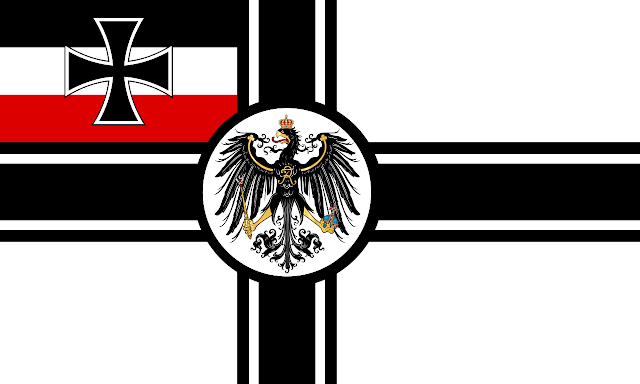 Posted by Theodore Harvey at 9:32 AM 2 comments:

On Tuesday I spent the 750th anniversary of the death of King St. Louis IX of France (also the 175th birthday of King Ludwig II of Bavaria) in St. Louis, the American city named for him founded in 1764. Here I am (in my “Vive le Roi!” shirt) at the famous statue (previously visited in 2015), “Apotheosis of Saint Louis.” 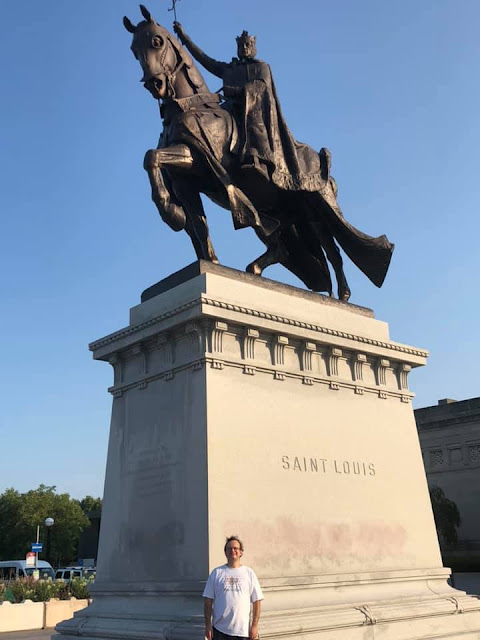