Thoughts on The Crown

I just finished Season 2 of The Crown. Episode 10 appeased me to some extent after Episode 9, which so offended me. I don't think I fully grasped Peter Hitchens's argument in The Abolition of Britain about the destructive impact of the 1960s satire boom until I saw it dramatised in this episode. The scenes juxtaposing poor Harold Macmillan trying to be a good sport and laugh with the crowd at "Beyond the Fringe" but clearly hurt, the jeers of others including his unfaithful wife, the trial of Stephen Ward, and the Queen's distress at it all as the credibility of the old ruling class is shattered in the Profumo affair, were quite effective, even heartbreaking.


When people learn that I'm an Anglophile, they sometimes assume that I must love British comedy. Actually, with rare exceptions (e.g. Fawlty Towers), I often don't, because I see British comedy, or at least certain types of British comedy since the 1960s, as having contributed to the undermining of a lot of what I do love about Britain. The sort of Brits I saw on that stage and in that crowd, snarky towards everything, reverent towards nothing, are the sort of Brits I don't like at all, the sort of Brits who make me feel like perhaps it's just as well I don't live there. And while Harold Macmillan (1894-1986) can certainly be criticised, including from the Right, I for one felt deeply sorry for him in this episode.

I quite liked the scene when Princess Margaret claims that her renovations to Kensington Palace will somehow make it more modern and "egalitarian," to which her sister the Queen witheringly responds, "you're the least egalitarian person I know." I can imagine that conversation happening.

But even in this superior (to its predecessor) episode, the end of which seemed to have been deliberately calculated to tug at my heart personally, there was at least one disturbing false note, and that was the Queen's cruel parting remarks to the outgoing PM Macmillan. While the Queen's relations with her Prime Ministers probably could aptly be described as friendliness rather than friendship, if there's one quality of which I do not believe the Queen has an ounce, it's cruelty, and I can't imagine she would have said anything like that to the ailing Macmillan, especially as it involved also disparaging Churchill who the young Queen revered.
Posted by Theodore Harvey at 2:44 PM No comments: 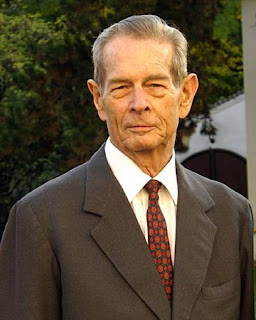 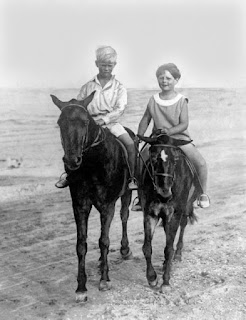 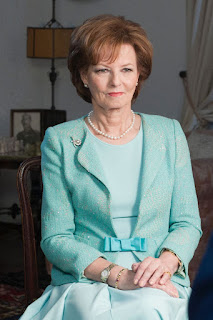