What, exactly, do monarchists want, if we could have our way with the world? I set out one proposal for Europe here. But my friend Charles Coulombe has sketched out an even more ambitious agenda, from his robustly Catholic perspective, in "The Perfect Versus the Good." While I cannot agree with every point of his article, it's certainly an appealing read, and when it comes to the present Spanish monarchy I fully endorse his warnings against making the perfect the enemy of the good. I'm less willing to apply his logic to participation in U.S. politics and U.S. patriotism, because I'm unable to see those things as "Good" at all.
Posted by Theodore Harvey at 7:19 PM 4 comments:

Yesterday was my 36th birthday. There was also some sort of "holiday" in France but I prefer to focus on sharing my birthday with the Duke of Bavaria (81) and the Crown Princess of Sweden (37). I had a delightful evening with four local monarchist friends at Medieval Times. Having lived in Dallas for six years now, I'd driven by that castle so many times and thought I should go (I went to the one in California with three other monarchist friends, including Charles Coulombe, almost eight years ago in 2006), but the right opportunity never came along until yesterday. Since we don't have real castles in America, we have to make do with fake ones; it was all good fun. (Shame the "Ozark Medieval Fortress" project in Arkansas stalled.) With its glorious pageant of feudal, hierarchical, & chivalric civilisation, Medieval Times should be commended for showing its audiences what's really worth celebrating on 14 July or any other day. Appropriately, our section's champion the Blue Knight was festooned with the fleur-de-lis of the French Monarchy. 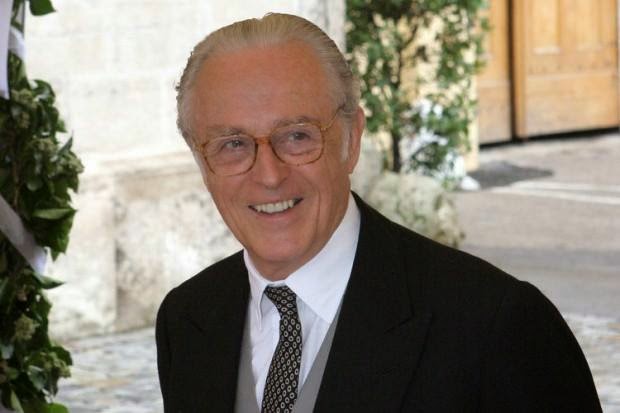 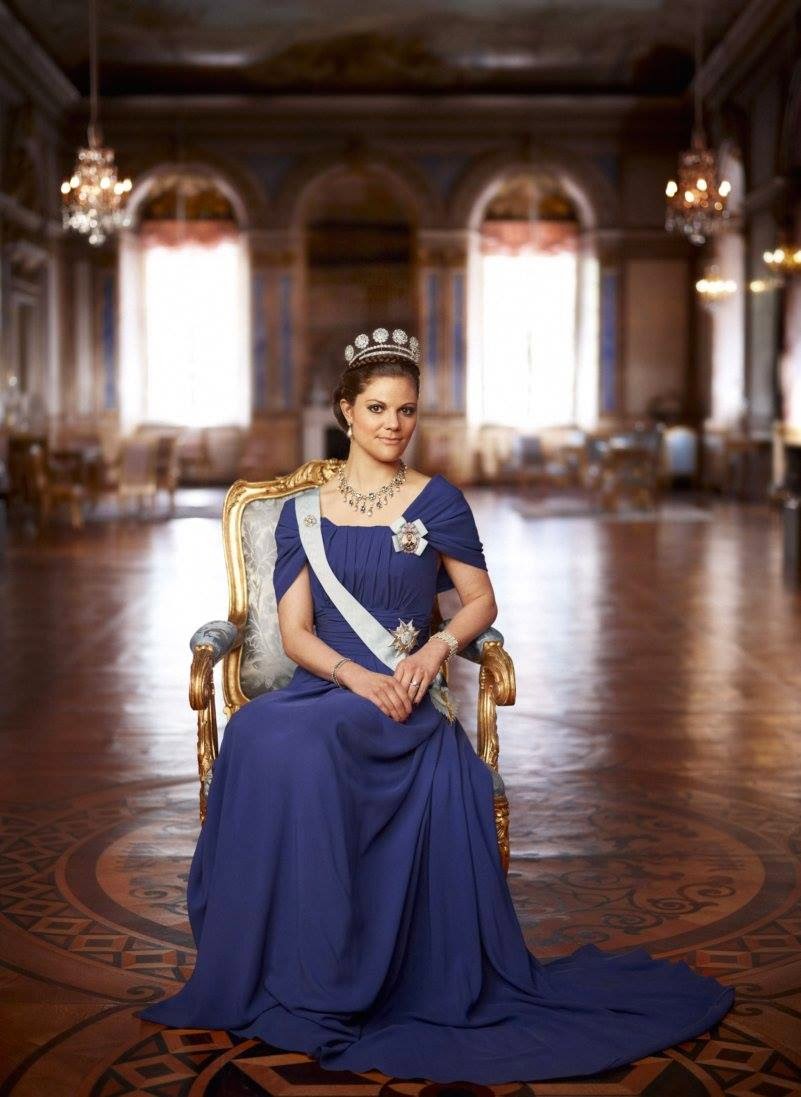 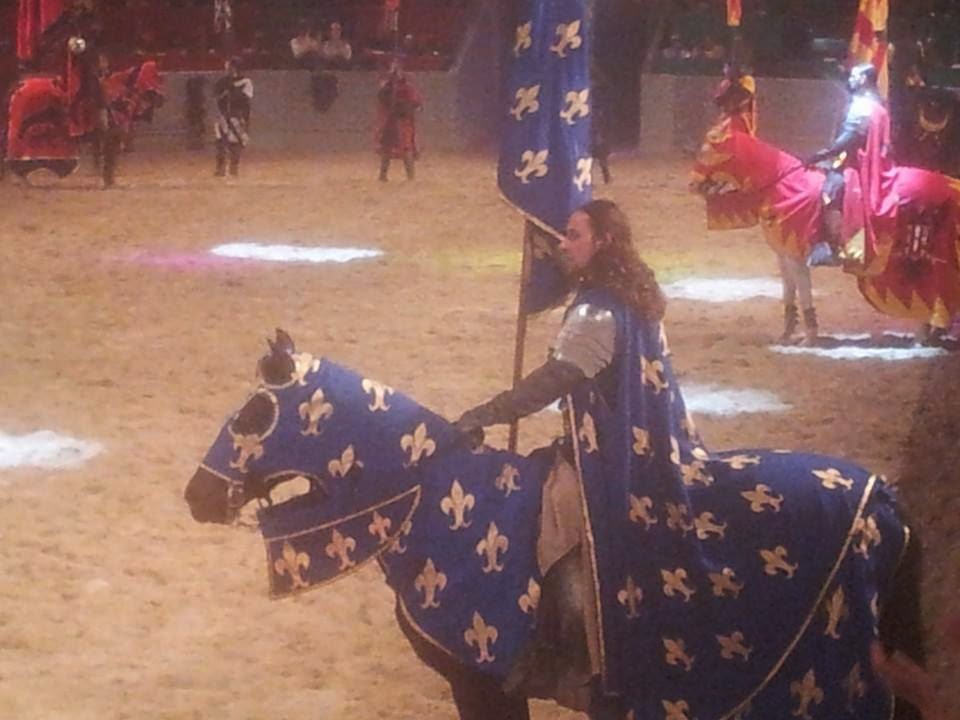 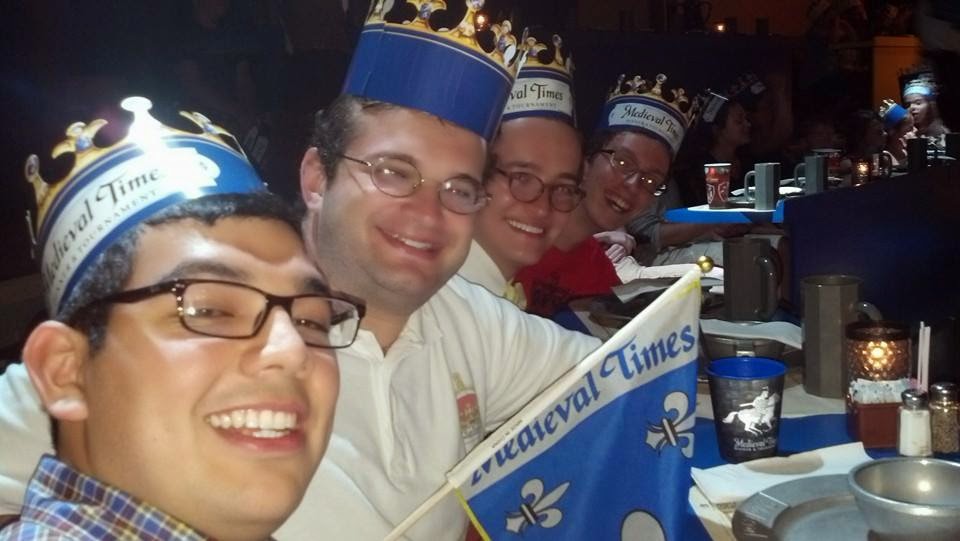 I get tired of pedants pointing out, as they occasionally do, that technically yesterday's disgusting "holiday" in France is supposed to commemorate the events of 14 July 1790 (over which poor Louis XVI presided) rather than those of 14 July 1789. It makes no difference. Whatever its merits, the constitutional monarchy obviously did not last, so there is nothing to celebrate. Nations that turn their backs on their Kings do not deserve unity and do not deserve celebrations. The only real France, the only source of everything beautiful in France, is the Catholic and Royal France of the forty Kings who in a thousand years made France. Everything else is an abomination deserving of nothing but contempt. Only those who are ignorant, stupid, or evil celebrate the diabolical French Revolution. Monarchy yesterday, Monarchy today, Monarchy forever. A bas la république! VIVE LE ROI!!!

It's funny; I feel like when it comes to some historical topics such as the French Revolution or the Spanish Civil War, or some contemporary controversies such as the purported "ordination" of women, I'm more Catholic than most Catholics. More Catholic than the Pope, even. (Some would say that's not too hard at the moment.) It's when it comes to other historical topics such as Queen Elizabeth I and the British Monarchy, or Ireland, or the sublimity of Choral Evensong, that I'm not quite there.
Posted by Theodore Harvey at 3:00 PM 7 comments:

It's painful for pan-monarchists (a very different worldview from that of nationalists loyal to one particular monarchy) to contemplate the fact that quite a bit of European history from the Middle Ages up until 1918 consisted of monarchies going to war with each other, though less so from 1783 to 1914 (if the Bonaparte emperors are not counted as proper monarchs). Only since 1945 have Europe's remaining monarchies generally enjoyed good relations with each other. But it is clear, and may become clearer still in the 21st century, that getting rid of most of the monarchies did not make things any better and in many ways made them worse.
Posted by Theodore Harvey at 4:00 PM No comments:

I never thought I would ever endorse an article by American Catholic neoconservative George Weigel, but "The Uses of Monarchy" isn't bad, considering his perspective. (Mr. Weigel in his writings critical of traditionalist Catholics has not demonstrated much sympathy for French royalism, but then the modern French royalist tradition has been more overtly anti-democratic than most.) Indeed, former King Juan Carlos would be a much better candidate for the Nobel Peace Prize than many of those who have actually won it. What Mr. Weigel reports about Francisco Franco disproves the claims of both those on the Left who imagine that Franco was some sort of monstrous "Fascist" and those on the far Right who imagine that El Caudillo expected his authoritarian regime to last forever but was somehow betrayed by the King he chose.
Posted by Theodore Harvey at 6:03 PM 1 comment:

In a recent Facebook discussion on a Catholic friend's page, I pointed out, and no one disagreed with me, that while the restoration of the Habsburg monarchy as envisioned by the Schwarz-Gelbe Allianz is certainly unlikely (alas), it's no more unlikely than most of the political goals of today's American Conservative Catholics (and other religious & social conservatives), which get a lot more press. I'd rather focus on the Habsburgs.
Posted by Theodore Harvey at 10:31 AM 1 comment:

When Wilhelm I (1781-1864) died after a reign of 48 years, the last monarch to have been born before the French Revolution, he had been Europe's senior monarch for some time; wondering exactly how much time that was (it turned out to be 24 years) led me to create this chart on the seniority of European monarchs, indicating who held the position of longest-reigning monarch at every point in European history over the past 500+ years.

Georg II (1826-1914), the "Theater Duke," was one of the most fascinating and admirable local rulers of the German Empire, celebrated for his active and gifted involvement with theater and music. When he died, Wilhelm II, German Emperor and King of Prussia, became the longest-reigning of all the rulers of the German Empire. In the wake of the events in Sarajevo three days later, the clouds of war gathered in Europe. It is often forgotten that the war would mean the abdication less than five years later of not only the Kaiser but all the local dynastic rulers, whose families had reigned there for centuries and had nothing to do with the outbreak of the war.
Posted by Theodore Harvey at 11:41 PM 1 comment:

I find it interesting how American liberals seem to think there are all these scary "right-wing Christians" in this country, yet I considers myself both a right-winger and a Christian and feel almost totally alone here. American "conservatism" is really degenerated Classical Liberalism with some Puritanism thrown in. The USA has never had a "Right" in the European sense. Being right-wing is not about venerating free-market capitalism, nor is it about being unduly concerned with other people's private lives (though American conservatives are quite correct to not want to pay for other people's private lives). The Right is--or was, and ought to be--about defending Tradition and Hierarchy, Altar and Throne, to which most of modern "conservatism" is indifferent or hostile. Even more annoying than American "conservatism" is when British "conservatives" (such as the Telegraph columnist Tim Stanley who in an irritatingly irreverent video commentary on the World War I centennial casually dismissed Tsar Nicholas II as "an idiot") seem to have more enthusiasm for the USA and its republican political culture than they do for their own nation's monarchical and hierarchical traditions.
Posted by Theodore Harvey at 9:05 PM 1 comment: